Palm Sunday - Why Jesus of Nazareth is no Alexander the Great 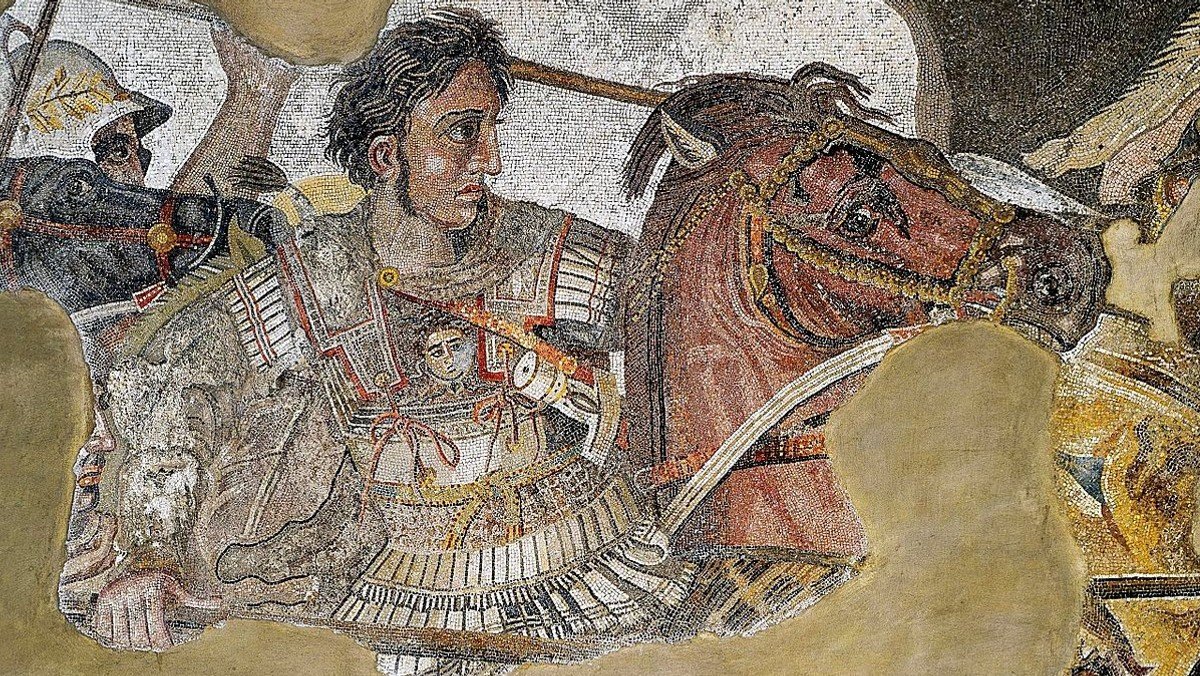 This part of Zechariah was written around at the time of Alexander the Great. The verses just before these refer to Alexander’s rampaging campaign through Egypt and into Palestine that had left some asking themselves, “Was this Greek superhero the messiah promised to the Jews?” Were they to look to The Great Alexander for their future?

Zechariah’s answer is an emphatic ‘no.’ The victory by violence, the land grabbing, the glory hunting and ultimately the quick evaporation of Alexander’s victories would not characterise the way of God’s Messiah.

Instead, the people would know the Christ by righteousness, humility, peace, hope, consistency and an end to war.

The king will come to the people (good news for those stuck at home and unable to move), and the great sign will be His arrival by donkey. By little not even fully-grown donkey. What a contrast to Alexander who was a famous horseman and whose own horse was named Bucephalas, meaning ox-head presumably because he was such a huge beast.

Zechariah  wrote when the people were coming back or were newly back from exile and it was hard for them. They thought all their problems would be over when the restrictions were lifted, and they could leave Babylon and return to their own land. But they found that the economy was trashed and the new grand temple they had dreamed of building was reduced to what they could afford to build, a little temple-not much to speak of at all. They had left a hard times, for new and different hard times.

We humans are bit magpie-esque. We like a shiny thing. Especially in hard times. The disappointed, impoverished returned exiles to Jerusalem could easily have had their heads turned by the glamorous wealthy victorious Alexander The Great. You couldn’t get any shinier than him. But the prophet Zechariah warned them not to pin their hopes on this character or indeed on a quick fix. They needed to wait. It would be almost 400 years before Jesus of Nazareth would ride into Roman occupied Jerusalem on a young donkey and have people shout out “Hosanna, welcome to the King!” Jesus of Nazareth who demonstrated no shininess at all but righteousness, humility, peace, hope, and consistency. Jesus of Nazareth in the C1stAD lived out Zechariah’s prophesy of the fitting arrival for God’s chosen saviour made in the C4thBC.

This holy week is starting without a donkey procession. No ice cream at Odonnos. No singing on Northcote Road. And I am so disappointed.

So I need to ask myself what kind of a journey can I take this holy week? As I contemplate again the events that led to Jesus’ crucifixion and resurrection, how will I, to adapt a line from an earlier prayer “walk this week in the way of the cross?”

That is a question we all need to ponder over as this most important of weeks in our year begins. But maybe we should start backwards. To continue the contrast between Alexander the Great and Jesus, Alexander died, and his empire quickly disintegrated on the basis of rivalry. Jesus died and His kingdom was formed on the basis of love. Jesus rose and His Kingdom was nourished with the unstoppable hope that death does not win. Jesus breathed His spirit into His followers and the Kingdom became the present continuous even here on Earth, among all those who welcome Him.

How do we mark this holy week from our lock down? Maybe we could try to avoid the shiny distractions, the promise of the quick fix and try to wait for God to come to us. That might look like a period of silence in each day this week. I recommend lighting a candle and just looking at it for a minute or two. Maybe we could fashion our actions around humility, peace, hope and consistency. Take one of these a day and be deliberate in showing this virtue in a choice you make.

Our king may not look shiny. Jesus of Nazareth is not associated with conventional strength or hurry. But our king is worthy because the road he took on that donkey, led to the cross. And it was that cross which bought all of us, prisoners hope, of a freedom that will never end.